We’ve written recently about the climate aspects of the UK aviation industry and how we could prioritise carbon reduction as we eventually recover from the downturn. In preparing that article we noted that, at the aviation industry level, there are many figures thrown around regarding the extent of carbon reductions being needed. These figures often vary by source and underlying assumptions. In light of that, we thought we would take the opportunity to dig into some of the numbers[1] both to attempt to interpret them at a more meaningful level as well as to understand some of the assumptions. The results may be an eye opener when it comes to toughening up our industry’s climate ambition.

It is Department of Transport (DfT) traffic forecasts that sit beneath most estimates of UK aviation’s climate impact. To 2050 and based upon 2017 actual traffic levels, they estimated that passenger volumes would increase by 56% leading to a 36% increase in ATMs. These are significant increases and substantially outstrip the expected rate of growth of the UK population (some 13% to 2050 by ONS forecasts). Assumptions around greater propensity to fly are been linked to economic prosperity and relative costs of flying. Similarly, expectations about transfer passengers were developed in anticipation of an additional runway in the South East and the greater hubbing opportunities that would result. Both points warrant renewed consideration in light of the likely personal responses to the climate emergency and the overall forecasts which now also need an update to reflect the impacts of COVID-19[2]. This will help form a more realistic baseline for future emission predictions.

Aviation still to emit substantial quantities of CO2 by 2050

Sustainable Aviation has set out the UK aviation industry Net Zero ambition. In light of our prior assessment, we use the term ‘Net’ somewhat loosely, being dependent upon the weak ICAO CORSIA scheme, significant uptake of sustainable alternative fuels, as yet unachieved aircraft efficiency improvements mixed with a good dose of crossed fingers. Unless things change, it is likely that at a UK level we will need to offset the international aviation emissions through a more credible means than CORSIA. Nevertheless, putting the issue of offsets to one side and focussing on emissions, if industry achieves its objectives it will still emit somewhere between 26 and 41 Million Tonnes of CO2 (MtCO2e)[3] by 2050 on the basis of all of the estimates made (versus 37.1MtCO2e for 2017). That is still significant.

At a household level[4], the above numbers equate to some 0.8 – 1.2 tCO2e per annum per household share of the national aviation emissions. The Climate Change Commission estimated that a Net Zero scenario would leave each household in the UK with a carbon footprint (or budget depending upon how you look at it) of 1.2 tCO2e per annum by 2050. It is worth noting that they made an allocation of flights between business and household so not all flight emissions are counted in their household numbers. However, we can roughly account for that. Presently flights for business reasons in the UK account to some 27% of all flights taken (from CAA passenger survey data). Assuming no change in this figure, each household would (by 2050) have around 50% – 75% of their annual emissions accounted for by non-business (i.e. leisure) flights.

Bear in mind that as a population we will have to accommodate these household level emissions within the Government ambition for Net Zero. That means either, we will need to be more ambitious in carbon reductions in other areas or pay more for greater offsetting (or both). Well, ok, you might say, we value our annual holiday abroad[5] and it’s only right that we preserve some carbon budget to allow us to keep doing that. In fact, the underlying assumptions would suggest that everyone in the UK population could have a somewhat remarkable three return flights per annum and still be within our carbon target.

Just who is flying?

Clearly though, in practice, there is variation in how people travel. If you look at the DfT passenger survey data conducted four times in the last couple of decades, the level of flying per capita varies significantly. Typically, around 52% of the population surveyed took no return flights within the prior year (often citing cost reasons), around 22% took one flight, 11% took two flights, 5% took three flights and the remaining 10% took more than four flights. This latter category in particular, takes a disproportionate number of flights and are the category that have led to calls for a frequent flyers tax. Is it reasonable that the country as a whole has to tighten its emissions belt in order to allow 10% of us to travel to excess for leisure reasons?

Where would we be if we accepted that present levels of personal flight are sufficient?

On the basis of these numbers, at a household level, and despite the average size of a household being expected to decrease by 2050, the number of flights per household would increase by 29%. But what if we accepted that what we need to do is reduce the level of flying at a household level, or at least keep it at present (pre-COVID) levels? If we held the number of flights per household per annum at present levels, we could reduce the industry’s emissions by between 6-9 MtCO2e in 2050.

But wouldn’t such a modest ambition lead to punitive restrictions on our ability to fly? Quite the opposite. Within such an emissions budget we could afford for:

That would still leave substantial headroom for those who need to travel four or more times a year. On this point though, it should be noted that this 10% account for some 27%+ of total emissions. Reducing the frequency of flying amongst this group has the biggest potential for improving our emissions performance. We do need to think about how to address this sector of the population, particularly in light of suggestions (however tenuous) that they may predominantly be the wealthy heading off to second homes abroad.

When we looked at the figures previously, we implied that perhaps our climate ambition was out of kilter with the demands of climate policies and public opinion. We all want a sustainable, thriving industry but we risk public acceptance if we float ambitious flight and passenger growth before we demonstrate we are seriously making in-roads into our emissions. Our ability to deliver an aviation sector with room to accommodate reasonable growth should be sufficient without needing to be greedy. It is timely to reconsider our view of what the future industry demand should realistically look like.

In our next climate related blog we’ll dig further into the comparative performance of aviation versus other industries in recent years and in the run up to 2050. 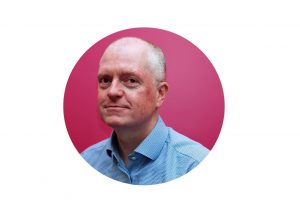 [1] All of the figures behind the information that presented are in the public domain, originating largely from the Climate Change Commission, Department for Transport or Sustainable Aviation.

[2] The desirability of major hub operations probably also warrant some challenge in light of climate matters. International transfer passengers drive emissions attributed to the UK, pushing up emissions that UK citizens need to offset through reductions in other carbon intensive activities. Is the resulting economic benefit justified and does it accrue to the people funding it (e.g. UK citizens, including the 50% who do not fly regularly – presumably in part those of lower incomes)?

[3] The former figure assumes biofuels are successful, the latter not.

[4] Taking ONS forecasts for the number of households combined with some rudimentary projections.

[5] You do only take one vacation flight a year, don’t you…?