Tower Air Navigation Service Providers (ANSPs)- aerodrome and approach, are faced with the challenges of managing growth whilst controlling expenditure, improving the environmental performance of ground and flight operations and supporting the implementation of future operational concepts for en-route airspace. We’ve written in the past about the future of airport operations, but it seems timely to also visit the topic of the future of Tower ANS in light of increased environmental pressures leading to new airspace concepts such as the stated intent of many large ANSPs to operate their airspace utilising Trajectory Based Operations (TBO).

Airports, as nodes in the Air Traffic Management (ATM) network, have a key role in enabling future TBO. The concept aims to allow airlines to file flight plans for, negotiate, and fly, their optimal desired trajectory considering environmental, traffic and meteorological constraints. An agreed TBO flight plan includes not only the lateral and vertical profile of the flight, but also the time at which certain points in the profile must be achieved to guarantee safety, capacity and efficiency. For arrivals, in its foreseen end-state, TBO will allow the ATM system to stream aircraft into the terminal area in a well sequenced and separated manner to remove the need for airborne holding. For departures, as tower ATC controls the airborne time for each departure and through effective use of the runway ensures demand and capacity achieve an optimum balance (DCB) it plays a critical role in delivering TBO benefits.

It is therefore worth considering the implications of TBO on airport tower operations. It will drive a focus on:

The increasingly precise nature of ground operations needed to support TBO will, over time, require that ground movement control be automated, especially at large complex hubs. The sequencing and taxi routing of departures will be automatically determined and tightly controlled so that push-back occurs precisely at the time that allows the aircraft a guided but unimpeded route to the runway entry points such that it experiences minimal holding delays (and fuel burn). A-SMGCS and ground lighting systems will need full integration to support concepts such as Follow-the-Greens (FTG) or Virtual Block Control (VBC). A renewed focus on data linking taxi routeings into the cockpit, through concepts such as D-TAXI, will be required to maintain capacity in all weather conditions at all times of day.

Arrivals will be given a planned taxi routing to stand taking into consideration the actual ground traffic picture and guidance provided automatically along that routing. Taxi routing algorithms will work dynamically to deal with unforeseen unavailability of the arrival stand, congestion, blockages or short notice closures on the apron and taxi-way system. Enhanced monitoring of the turnaround process by AI machine vision solutions integrated to the AODB, and by extension to the A-CDM, will help provide confidence to automated ATM that airline and airport operations are capable of readying aircraft for push-back on time.

Like most other ATC roles, the ground movement control role will progress to that of an executive monitor allowing a smaller number of staff to operate large complex and busy ground operations. Similarly, the runway controller will receive a high level of tool support for sequencing, timing of clearances and to accommodate short notice changes to the plan from e.g. go-arounds, inspections or runway blockages. Their focus will be on maintaining and delivering the runway operating plan.

For large airports, with High Intensity Runway Operations (HIRO), we can expect that future processes will require tight integration between the Airport Operating Plan (AOP) coordinated through A-CDM with the AMAN and DMAN. The runway sequence will be planned to optimise DCB and deliver aircraft to the stand or runway at the right time for TBO.

When the DCB function can no longer maintain the planned level of capacity at an airport, automation will support the Tower Supervisor in managing the capacity reduction effectively. The present manual application of ATFM measures will be replaced by tool support which takes into consideration meteorological impacts at a more nuanced level than at present, e.g. making better estimates of the impact of weather traversing arrival or departure routes, or using prior knowledge embedded in trained Machine Learning (ML) algorithms to estimate the duration and impact of fog.

Changes to the airport capacity, once established, will be enacted again with automation support. The TBO ATM processing will seek to slow down arrival traffic already en-route allowing them to minimise excess fuel burn whilst in the efficient cruise phase of flight rather than through orbital or other holding at the destination. Other flights from nearby locations may be expedited if it means they can arrive before weather constraints apply. Departures may see their flight plan revised, initiating a renegotiation process between the ANSP and airline flight planning systems to preserve the optimal trajectory, but also giving the airlines the choice of which flights to prioritise to minimise operational disruption, for example to connecting passengers and to flight crew. Cancellations and lengthy delays will be minimised as far as practical. The ATM system will seek to globally optimise the ATM network taking into consideration local restrictions.

We couldn’t write about the future of tower ANS operations without mentioning Remote and Digital Towers. Whilst making increasing in-roads to the tower ANS activity, it is not yet clear whether the concept will ultimately replace the conventional tower or whether a mix will remain. The more challenging scenarios such as towers run on very tight financial margins, or for large and business critical operations may yet favour the retention of a conventional tower. However, many of the innovations that Remote Towers have brought to bear on the regional tower market are applicable to towers of all forms, including those that maintain a conventional airport facade.

Given that even the largest airports are seeking to use remote towers for resilience and contingency perspectives, taking advantage of the capabilities offered during normal operation makes eminent sense. Such digital towers will be able to augment the ATCOs view of the airfield with data fused from a variety of sources and sensors. Features such as improved night and poor weather visibility from a range of Press To Zoom (PTZ), Infra-Red (IR), night vision and airfield camera solutions e.g. at key runway exits, will help improve situational awareness. Augmented reality solutions might provide features such as aircraft labelling for those within and beyond visual range, location and identification of drone operations, bird concentrations, ground vehicle tracking and display, etc. through  heads-up displays which are worn by the operator or overlayed on the tower windows.

TBO has the potential to change the nature of tower ANS. The role is likely to move to one of enabling airlines to operate preferred trajectories by ensuring access to the runway in a timely manner for a sequence of aircraft pre-determined by automation and beyond the control of the runway controller. Ground control will move to the role of monitoring an automated solution with human intervention only when complications arise.

Clearly, the future tower will need to be a highly connected entity. Supporting TBO means that the tower needs to have access to a broad range of operational data from both the ATM, airline, ground handler and airport domains. Connection to the national ATM service to access TBO and surveillance feeds, high fidelity MET data services, and airfield and airline operational data will all be required. Equally, connection to airport operations will be critical to maintain an up-to-date picture of aircraft turnaround status, passenger and baggage flow through the terminal and other challenges to on time operations. We expect that connectivity, through techniques such as System Wide Information Management (SWIM) and A-CDM, to a common pool of data will not only enable the future operations but will also create the potential for new business models. 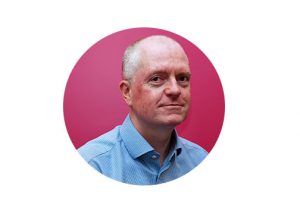