The power of scenario planning

It is 2050.  Fossil fuels are out, electricity, hydrogen and sustainable fuels are the energy of the skies.  Aviation is in touching distance of reaching NetZero, Absolute Zero is still a dream.  No other continent has achieved what Europe has with the Single European Sky.  The world is still warming but the climate crisis appears to be fading.

My wearable tech vibrates gently.  I prefer smart glasses over a smart watch and so a message appears before my eyes “Your AiRide is 2 minutes away”.  My suitcase is packed, the contents security cleared via the inbuilt element detection system, the biometric locks secured, I’ve checked in and my case has updated its in-built flight identification tag.

My AiRide was almost flawless, but congestion at the vertiport caused an 18 second delay in landing, just outside of the AiRide “On-time Arrival” (OTA) commitment.  I still find it unnerving not to have any pilot on board.  As I pass through security my smart glasses inform me that my flight will depart from Concourse E rather than H.  The airline messages me directly to apologise, a data error caused the inbound flight to be assigned to a hydrogen stand rather than an electric stand.  Here we are in 2050 and basic data errors are still common, now I know why I’m still nervous about not having a pilot on-board.

I have come to understand over the decades how many choices there are when parking aircraft.  It used to be a case of matching the flight type (international or domestic) and the size of the aircraft to a spare parking space, ideally in the right terminal.  Some aircraft now use liquid hydrogen, others Sustainable Aviation Fuel (SAF), then there are the electric ones which either have removable or integral batteries, or even hydrogen fuel cells.  That is without considering the dual-fuel or multi-fuel hybrids.  It must have been easy when all aircraft took kerosene, and any aircraft could be refuelled on any parking space.  Oh sorry, we aren’t supposed to use the term refuelling, it is now ‘energising’, vocabular correctness courtesy of the energy generation companies.  The EU took an early initiative to encourage SAF and create a level playing field, level within EU!

Experience tells me that I can amble to concourse E, a change of parking space will obviously delay the departure.  Travel has always been subject to delays, horses went lame and wooden wheels broke, or so I am led to believe.  Despite all the improvements, innovations, and inter-connectivity we have, delays are still delays; all that has changed are the reasons!  Gone are the delays due to missing passengers, they can track anyone anywhere in the airport nowadays, instead we have a host of new energising delays.  Airlines and passengers did eventually make the paradigm shift to OTA rather than On-time Departure.

The first SAFs were certified in 2009, the same year the much acclaimed, at the time at least, fuel efficient Boeing 787 Dreamliner made its maiden flight, and the first Solar Impulse test flight.  Yet by 2030 only some airlines achieved greater than 10% SAF usage, how slow were consumers to demand better.

Energising delays took hold in the 2030s when the first electric aircraft entered service with their rechargeable batteries.  Pilots were always putting the blame on over optimistic charging rates claimed by manufacturers or poor wattage rates provided by the airports and never the fact that the airline simply hadn’t allowed enough time.  Then came the miracle solution, or so it was alleged – batteries that could be easily swapped out for fully energised ones.  Someone forgot to tell the system designers that new large battery storage and energising facilities are not practical in the middle of an airfield, so batteries were often late to stand due to the distance and congestion on airside roads.  There have even been delays where the wrong batteries were brought to the aircraft, because of course there was no such thing as one battery fits all, or no batteries at all turned up.

The aircraft manufacturers at this point diverged, some opting for high density batteries that only require a mere multi-mega-watt top-up between flights whilst others saw hydrogen fuel-cells as the solution.

The competitive environmental jostling between aircraft manufacturers raged whilst Governments tried to provide subsidies without triggering accusations of anti-competitive behaviour or tit-for-tat trade wars.  Boeing and Airbus were joint-partners in developing the Air-Lightning energising solution which initially won favour and led to major airports investing in the associated ground power networks.  It took the Chinese and Brazilian GigaZap technology a little longer to come to market but ultimately it has proven to be the winner, another Betamax and VHS run-off (for those old enough to remember).

The poor airports that sided with the Air-Lightning infrastructure, have either had to install the GigaZap network or provide charging port adapters to enable GigaZap aircraft to energise, which takes twice as long due to the lower power of Air-Lightning.  Consequently Air-Lightning airports have suffered capacity loss, also demand loss with airlines and passengers voting with their feet.

It was no surprise that ICAO and the aircraft manufacturers failed to agree a unified electric energising port for aircraft.  Mobile phones and small electronic devices had been commonplace for 20+ years before the European Commission mandated a unified port for small electronic devices in the early 2020s, shame the aviation world didn’t follow suit.  Only two weeks ago my flight was delayed due to no-one being able to find a 2nd Gen GigaZap energising lead, apparently the airport hadn’t procured any, they had a 1st Gen which wasn’t compatible, and the reserve lead on-board the aircraft hadn’t been stowed in the correct engineering locker.

I seemingly suffer less delays when on an aircraft that is energised with a liquid fuel like hydrogen or SAF, I’ve only been on a hydrogen plane twice though.  SAF always wins from an availability perspective, every airport and virtually every parking space.  Currently only major airports have funded liquid hydrogen networks, Lyon was the first.  The news story of the aircraft energised incorrectly with SAF not liquid hydrogen went viral, it would have taken more than the AA to drain those tanks!

At home I had to swap from a gas boiler to an air-source heat pump, as well as having solar panels installed, but at least I haven’t needed to make the number of investments as airports.  Some airports have three different electrical charging networks, the original fixed electrical ground power, Air-Lightning and GigaZap.  Virtually all commercial airports still have removable battery charging facilities, although the decline in removable batteries has been almost faster than the retirement of the A380 during the 2020 COVID pandemic.  It is just as well that concrete no longer has a carbon footprint given the number of times the taxiways and stands have been ripped open and re-laid.  I nearly forgot the laying of the high-pressure hydrogen gas networks to energise fuel cells, yet another major infrastructure programme, now the liquid hydrogen networks are being installed.

Knowing that when I fly, I am no longer emitting masses of CO2 and particulates is a great feeling and despite moaning when I’m late arriving, I appreciate the challenges the aviation industry has overcome.  They say hindsight is everything but just think of all the time, effort and cost that could have been saved if we had known how the aviation de-carbonisation journey was going to play out.

We may not be able to provide you with hindsight, and neither do we have a crystal ball, but the team at Think can help you with scenario planning, options evaluation and optimising your future energising operations.  The above is just one of many possible scenarios, so please get in touch if you want to explore more and to build a sustainable strategy. 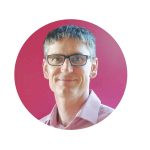