ARE RUNWAY STATUS LIGHTS THE SOLUTION TO REDUCING RUNWAY ACCIDENTS?

“Aviation in itself is not inherently dangerous. But to an even greater degree than the sea, it is terribly unforgiving.” Captain A. G. Lamplugh

Aviation is one of the most regulated industries, behind nuclear, to ensure operations are safe because of how unforgiving the results of mistakes can be. This has resulted in huge reductions in aviation accidents over time; however, more improvements can always be made. Mistakes will happen, usually by someone doing too much too soon and then responding with too little too late (Steve Wilson, NTSB investigator). A prime example is the problem of runway incursions, where time will be a critical aspect to ensure accidents don’t occur.

So first let’s start with the problem. Runway Incursions are a serious safety issue present at every aerodrome.  They are classified as one of the significant seven with the UK CAA and there have been three editions of the European action plan for the prevention of runway incursions (EAPRI) to attempt to combat the phenomenon.

The ICAO runway incursion definition is “any occurrence at an aerodrome involving the incorrect presence of an aircraft, vehicle or person on the protected area of a surface designated for the landing and take-off of aircraft.”

Most efforts to combat the problem of runway incursions have been focused on the preventative side. One of the key safety nets working to prevent runway incursions in Europe are Stop bars. Stop bars are a set of red lights positioned along the runway hold point that are only turned off once the aircraft or vehicle is given clearance to enter the runway. They form the so called ‘ring of red’ around the runway and are increasingly becoming H24.

One system that was designed to mitigate the situation after an incursion has occurred is the Runway Incursion Monitoring and Collision Avoidance System (RIMCAS). This system alerts the ATCO if an aircraft or vehicle crosses the runway hold point without clearance. The ATCO can then tactically intervene to mitigate the situation if there is time and this is the biggest problem the system faces. If a runway incursion occurs as an aircraft is taking off, the time for the ATCO to react to the alarm, assess the situation and relay instructions is limited. The potential solution is Runway Status Lights (RWSL).

RWSL were first created in the USA by the FAA. First thing to note is that in America they typically don’t use stop bars and instead have guard lights (Wig Wags) inset into the pavement of the hold point. These work great as a permanent warning that a runway is ahead but do not warn a pilot that they don’t have clearance to enter the runway.

If you look at LAX and SFO as examples they have closely spaced parallel runways where an aircraft lands and then has to hold short of the parallel runway whilst an aircraft is taking off on it. If the flight crew don’t hold and enter the runway, there will be hardly any time to alert either the aircraft entering the runway to stop or the aircraft taking off to abort take-off or try to climb over. This situation is why RWSLs were conceived and developed.

What are runway status lights?

So, what are Runway Status lights? RWSLs are a fully automatic, advisory safety system designed to reduce the likelihood of high severity runway incursions; whilst not interfering with airport operations.

The system is split into three parts; Take-off Hold Lights (THLs), Runway Entrance Lights (RELs) and Runway Intersection Lights (RILs). I will be focussing on the first two as they are most relevant for runway incursions.

Take-off Hold Lights are a strip of red lights placed either side of the centre line lights located at the start of the runway. If an aircraft enters the runway, with or without clearance, the THLs will turn on and warn the pilot it is not safe to take-off.

The Runway entrance lights are a strip of red lights located after the hold point to the runway and extend to the centreline. If an aircraft starts to take-off or is about to land the RELs will turn on and warn the aircraft or vehicle it is not safe to enter the runway.

The biggest advantage of RWSLs are that they act independently of ATC. If the lights are on, then it is not safe to take-off or enter the runway even if you have a clearance to do so. For example, if ATC clear an aircraft to take-off and then clear an aircraft to cross the runway, the flight crew of the crossing aircraft will see the RELs illuminated once the aircraft taking-off is above a set speed, say 25 knots. They then should question the clearance they have received from ATC. If they fail to stop and enter the runway, then the THLs will illuminate and warn the flight crew of the aircraft taking-off the runway is occupied if they are not past the end of the lights. They could then attempt to reject take-off or climb over the crossing aircraft. The system acts here to instantly warn the flight crew of the crossing aircraft and the aircraft taking-off of the threat; drastically reducing the chance of a collision in a time critical event.

The first implementation in Europe of the system is at Charles de Gaulle airport (CDG). CDG has aircraft having to cross an active runway after they have landed similar to SFO and LAX. The airport was having 30 runway incursions per year between 2005-09 and therefore need a system to reduce this number or at least reduce the chance an incursion will result in an accident.

RWSLs at CDG are very similar to the implementation in the USA but some aspects of the timings are changed to better suit the operation. The RWSLs are believed to have helped reduce the chance of runway incursions, although it is quite hard to quantify the number of incursions they have prevented as if a pilot doesn’t inappropriately enter the runway then there will be no report.

RWSLs are a great installation at CDG to prevent accidents from runway incursions especially given the high intensity operations. The airport especially relies on the system because currently stop bars are only activate during low visibility operations (<3% of the time). It was decided implementing H24 stop bars would negatively affect ATC workload and possibly capacity. RWSLs however, have benefits when compared to stop bars because they do not require any ATC inputs. As such RWSLs do not impact upon ATC workload, which can be an issue at many busy European and international airports not just CDG.

Although, H24 hours stop bars could be used simultaneously with the RWSLs. To improve the workload problem of stop bars the turning on and off could potentially be automated. For example, they can be turned off by linking them to the EFPS when an ATCO gives clearance to the aircraft to cross the hold point. They can then be turned back on when the aircraft has crossed the hold point by linking it to the surveillance systems. If implemented it would give the benefits of both systems to reduce the likelihood of runway incursions.

What are the flaws?

As all things are, the system can be costly. At CDG €5 million was invested by France’s Directorate General of Civil Aviation (DGAC) and the Parisian airport group ADP spent €4 million [1]. However, it is possible that more cost-effective implementations could be delivered for airports with different characteristics.

Once the system is installed at an airport the main issue it faces is pilots/drivers understanding the meaning of the lights. This will mainly be an issue when they are first installed at the airport. At this point it is crucial that information is propagated to all airlines and vehicle drivers about the meaning of the lights. The information needs to make it clear that if they see red lights to stop immediately and question any clearance they have received. As the lights become more commonplace around the world though, pilots will naturally become more aware of the meaning of the lights. The system has been standardised across the USA by the FAA to ensure they are implemented consistently and as use expands across Europe it is likely standardisation will occur here as well.

Runway status lights have huge potential to reduce the likelihood of high severity runway incursions. They act independent of ATC to provide a warning directly to pilots; thus, increasing the chance that an aircraft will stop before it reaches the runway or alert an aircraft taking-off that another aircraft has entered the runway. In addition, the system can be tailored to an airport to ensure that it acts effectively and with minimal installation costs.

We are currently working closely supporting London Gatwick Airport in investigating innovative solutions to enhance runway safety, including the potential for RWSL based solutions.

Here at Think we can provide support during the whole safety and procurement process to ensure that the chosen solution is fit for purpose and the most cost effective solution before implementation, thus saving you valuable time and budget. Find out more about how our team of experts can help with your safety and procurement needs: https://think.aero/services/safety/, https://think.aero/services/procurement/ 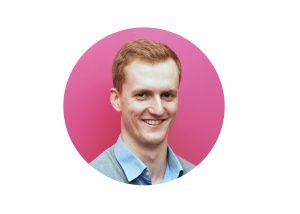