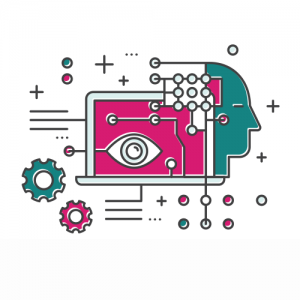 Technological changes are prompting ATM roles to merge and shift in response to new pressures and changing priorities. The ability to share airspace based on future airspace architecture will require new skills and these should be considered throughout the entire user journey, from recruitment criteria to training, testing and live operations. In this Blog, Diana Toma and Jonathan Twigger discuss how moving forward, engineers’ and ATCOs’ required skills need to be reassessed as they will be expected to deal with unfamiliar sectors and be ready to readapt to flexible use of the airspace.

Towards a system-based human centred approach

However, as we have seen in this blog series, accelerated innovation and technological progress threatens to leave human capabilities behind in order to accommodate traffic growth and improve performance – this is best characterised by the higher levels of automation being introduced. Therefore, in order to keep up, we need to look at the system as a whole and embrace the limitless potential of technology. This requires a system-based human centred design approach, integrating both the system and the human in parallel. It’s a catch-up game that works both ways: users have to be able to work with “smart systems” while these systems must be tailored to naturalistic human needs.

Evolution of the engineer’s role

Following the current trend, highly automated and resilient systems would appear to lead to further minimisation of human interaction required to provide on-site support for ATC electronics and software. This upcoming innovation is exciting and disruptive, but a linear projection of engineers’ role evolution is not to be assumed!

Not only is the operational side of their role expected to change, but the whole transition process should be considered. Taking current engineers’ training as an example, each ANSP is legally responsible for education, monitoring and maintaining the competency of their engineers. Transitioning to virtual centres and external ADSP for flight will lead to  greater emphasis on safety assurance of services rather than systems. Engineers will need to develop ways of monitoring services, both in terms of operational performance and cyber security, and determine the correct action when performance falls. This is a very modern role when compared to traditional roles such as radar maintenance. ANSPs will be able to recruit from a wider pool of IT engineers, but will also have to compete with a wider range of alternative employers.

Evolution of the ATCO role

As ATM is modernised, geographic boundaries are becoming an unnecessary constraint. Therefore, there will soon be no need for Air Traffic Controllers (ATCOs) to be trained and operate in a small number of well-defined sectors located in close proximity to their actual location. Rather, to enable resilience, ATCOs should be prepared to control and share airspace in the context of flexible sectors.

However, we must first identify, understand and address the Human Factors elements of such a potentially disruptive change, whilst assuring operational safety and improved human performance. In a flexible sectorisation context, we need also to consider the balance between optimum demand sharing and the mode-switching effects on situational awareness.

That’s not all. As higher levels of automation are being introduced, a clear need for change and redefinition of roles is emerging and is to be addressed by looking at the new tasks associated with automated systems. Is the redefinition of current roles a good approach to accommodate necessary change? Or should we focus on defining new roles tailored to these concepts? Both approaches will require substantial research and development to understand ithe aspects of today’s operations can be safely automated and which must remain visible to ATCOs and within their control in order to keep them in the loop. How big is the loop – how much or how little information do they need to be aware of at any point in time?

It is clear that role training and selection of engineers and controllers will need to change to support a transition to the airspace architecture. It is therefore critical to the transition to involve the professional staff in planning the transition so that new roles are defined and understood as new concepts come online.

In Part 6 of this blog series, we explore transition and in particular how to pay for all this change. 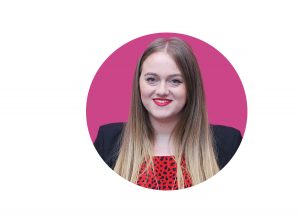