With Virgin Galactic and Blue Origin recently launching their CEOs to space, space tourism has arrived.  For a mere $250,000 you can enjoy 3-5 minutes of weightlessness.  Bargain!

Now there are no plans for space tourism in the UK – yet – but the UK Government has high aspirations for the UK space industry; setting its target at controlling 10% of the global space market by 2030.  To achieve this the UK needs both companies to design and build launch vehicles (such as Virgin Orbit or Skyrora) but also locations to then launch them from.

In this blog I look into the proposed locations of these sites and what considerations need to be made within UK airspace to launch safely.

Currently, seven sites have been proposed for spaceports and there is also a UK company developing a sea-launch capability that not many are aware of.  There are five spaceports located in Scotland, one in each of Wales and England.  The sea-launch capability is expected to be positioned off the coast of Wales; although, it could be taken to anywhere in the world.  The location of each spaceport and further information can be seen in the map below.

Typically, spaceports are located close to the equator to gain extra speed from the Earth’s rotation.  This is important for large launches as it will save significant fuel and therefore reduce the cost of the launch.  However, for smaller launches this extra saving is not as crucial.  In addition, for launches into polar or sun synchronous orbits[1] then launching from a higher latitude is more beneficial.  This is why the geographic location of the UK gives a commercial advantage for these types of launches.

The spaceports are separated by the different launch capabilities each supports, vertical and/or horizontal.

Vertical launch vehicles are your typical rocket launch, such as Space X’s Falcon 9. Horizontal launch vehicles are where the spacecraft is attached to a carrier aircraft.  The aircraft takes-off from a runway like any other aircraft, flies to a predetermined location and altitude and releases the rocket.  The horizontal launches allow for more flexibility in the launch site but at the cost of the size of the payload when compared to the vertical launches.

For the seven spaceports that have been proposed most are strategically located near to the sea and to current restricted areas.  This is required as when a rocket is launched an area of segregated airspace will be activated for use by the rocket.  This is to protect both the rocket launch and also other airspace uses, such as commercial aviation.  These segregated areas of airspace will be developed and implemented slightly differently for the vertical and horizontal launches.

For vertical launches, the segregated portion of airspace will have to take account of not just the launch of the rocket itself but also for the return of rocket stages or fairings.  Vertical launches will have some horizontal travel down range from the launch site that needs to be considered.  The weather could be one of the biggest issues though as it not only effects the launch site itself but also down range from the site and the level of loading there could be in the surrounding airspace.  For example, weather in another area could lead to aircraft needing to reroute and having an extra area of closed airspace could then exacerbate the loading.

For horizontal launches, there are two stages to consider – the take-off of the carrier aircraft from the spaceport and the launch of the rocket after it detaches from the carrier aircraft.  Virgin Orbit’s recent launch in America climbed to 36000ft before launching the rocket.  There are advantages to this type of launch from an airspace management point of view as the carrier aircraft can fly to a more optimum place out over the sea, that is away from other traffic but also away from undesirable weather.  However, the carrier aircraft will still need protection, utilising restricted areas, as it transits to the launch site because it will be carrying explosive material.

The UK employs flexible use of airspace (FUA) within its Airspace Management. With the main aim of Airspace Management being to achieve the most efficient use of the airspace based on actual need.  One of the considerations in the development of any segregated airspace will be on the operation of commercial flights.  The majority of the proposed launch sites are already located near current restricted areas.  Therefore, they are away from the main commercial aircraft routings.  However, through the principles of FUA, commercial aircraft are able to operate through restricted airspace when it is not in use, typically at night or at weekends.  The number of launches from each site per year is not expected to be large; for example, space port Southerland expect to have 12 launches a year.  However, it does mean there will be more closures of the airspace than there currently are.  This will cause additional costs on operators as they have to route around the protected areas, when on other days they may have be able the route through them.

In July 2020, the UK launched a public consultation for the regulations of spaceflight  and the results were published in March 2021.  The consultation covered the licensing requirements, environmental considerations, liability and insurance, security, and the accident investigation process.  The outcome of this consultation was mostly positive with respondents supporting the regulatory approach.

The first applications for licences are expected later this summer after the regulations come into force.  Which then paves the way for launches to occur from UK spaceports in 2022! 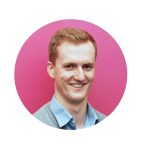 [1] Sun synchronous orbits are polar orbits that pass over the same spot at the same time every day.  Useful for say, monitoring changes to landscape of London at exactly noon every day. 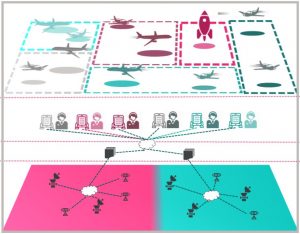