What challenges must be overcome if we are to keep the drone and UAM revolution quiet so as to avoid community protest and operating curfews?

There are regular news articles about deliveries by drone as the zero-emission alternative to delivery vans and how electric vertical take-off and landing (eVTOL) aircraft are the future of Urban Air Mobility (UAM). Delivery drones and UAM have the potential to deliver reductions in CO2 emissions but will that come at the cost of greater noise annoyance.

Recreational and commercial drones are already with us but are still in their infancy. The most advanced eVTOL aircraft are commencing the aircraft certification process, whilst many are still only at the prototype phase. The recent investment in both drone and UAM developments has been significant. A 2019 study forecast a 20 year spend in UAM infrastructure and vehicles of $318bn. The UK Government is supporting the development of this future air revolution and one of its Future Flight Challenge investments helped to deliver an experimental air hub in Coventry that opened in April 2022. The earliest forecasts for the commencement of UAM commercial operations is 2023/24. Yet the only noise regulation for drones or eVTOL aircraft relates to drones weighing less than 4Kg; which means UAM entrepreneurs and design engineers are developing their concepts in a vacuum of acoustic regulation. The first jet airliners were equally developed with an absence of acoustic regulations.

The first jet airliner, the Boeing 707, entered commercial service in the late 1950s and residents close to New York’s JFK Airport quickly complained about the horrendous noise. The Boeing 707 made no more noise than the equivalent propellor driven airliners of the day. The issue was that the jet airliners were perceived to be much louder due to the type of noise and specifically the audible frequencies of the noise. It took 14 years before the International Civil Aviation Organisation (ICAO) introduced aircraft noise standards and despite becoming more stringent over the past 50 years aviation noise is still an issue for communities living in the proximity of airports and lower altitude flight paths.

A study by the National Aeronautics and Space Administration (NASA) has shown that drone noise does not qualitatively resemble that of conventional aircraft which introduces an unknown factor in terms of the relationship with community perception and annoyance; whether UAMs will have the same or similar qualitative differences in sound is yet to be heard. It is plausible, therefore, that drones and UAM aircraft will be quieter than current aircraft but may still prove to generate greater annoyance.

The four pillars of the ICAO Balanced Approach are as relevant to managing drone and UAM noise as they are for existing fixed and rotary winged aircraft. The primary pillar, “Reduction of noise at source” will be difficult for designers and engineers as they do not currently have access to appropriate noise modelling tools to assess design aspects and components. In the same vein there are no noise modelling tools capable of calculating community scale noise contours from which to assess community impacts, even when such models exist it will still be necessary to understand the human responses to the noise.

Since drones and UAM aircraft are expected to operate in much closer proximity to people than conventional aircraft, the noise may be more noticeable and therefore regarded as more intrusive and subsequently more annoying. The urban environment, in which drones and UAMs will tend to operate, may help to disguise the noise although the reflection of noise off buildings may perpetuate the noise. The bouncing of noise off high rise buildings, channelling it down streets, may increase the number of people noticing the noise whilst making it harder to locate the source; how these factors will affect perceptions of commercial drones and UAM noise is not yet understood.

Community engagement does not reduce the noise that communities experience, yet it can have positive effects on reducing the level of annoyance generated, hence the importance of effective engagement and communication cannot be overstated. Airport noise management programmes tend to be focused on the communities in the vicinity of the airport and those under heavily used lower level (typically below 8,000ft) flight paths. With drones and UAM aircraft operating across wide urban areas at altitudes far below 8,000ft, and with competing vertiport and UAM operators, coordinating the community outreach programme will be much harder and it will need to reach many more households.

In my recent White Paper, I take a closer look at the challenges and identifies key gaps that are unlikely to be filled before the first UAM and drone ports open and the new UAM aircraft are operating in urban environments. The White Paper concludes by identifying recommendations for how Governments and Regulators can seek to minimise the impacts of the gaps to ensure that the coming air revolution doesn’t falter before it begins. 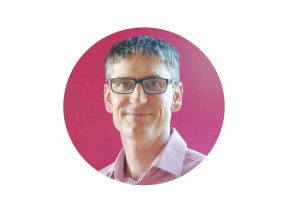