Initial thoughts on the benefits of virtualisation in ATM

The first instance of virtualisation in Air Traffic Management were Remote Towers. The initial concept was simple: digitise the controller’ view, transmit it to a remote location and replicate it to allow tower controllers to perform their duties. This concept has grown and continues to grow. The economic benefits are increased if multiple airfields can be controlled from the same location, and even the same control suite. It has also become clear that digitalisation enables new operational concepts previously unimaginable. The Remote Tower is now well and truly the Digital Tower.

But how does virtualisation transform en-route ATS? In Europe, the Airspace Architecture Study took the Swiss Virtual Centre concept and expanded it to a pan-European solution. These ideas are being taken forward in SESAR and the recently formed EUROCAE working group. The debate is lively, and sometimes confusing because we don’t yet have all the terminology necessary to discuss the complexity – and particularly as there is a focus on creating a new market for ATM data services.

We think therefore it would be useful to take a step back and discuss virtualisation in more generic terms that may be more applicable to the rest of the world.

For Remote Towers the breakthrough was cutting the umbilical cord between the controller’s eyeball and the aircraft. En-route ATS of course is not dependent on visual acquisition, but controller screens do need access to all necessary data for the sectors being controlled.

The umbilical cord for en-route ATS is the link between the Control Room and the Equipment Room. In simplistic terms, ATM data services are currently provided by onsite equipment consisting of systems like the FDP (Flight Data Processor), SDP (Surveillance Data Processor) and VCCS (Voice communications control system). With the virtual centre concept, some or all of these services are provided remotely – by a new type of entity called an ATM Data Service provider or ADSP. Since one ADSP can serve multiple ATSUs (the location of the control room) new operational possibilities open-up that can lead to significant benefits depending on the level of collaboration between the ATSPs. Let’s consider four options: 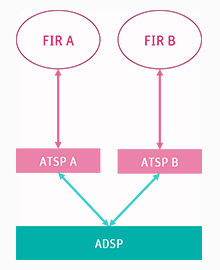 The first option is shared services where an ANSP subscribes to ATM data services from another ANSP. This example isn’t about airspace delegation, but rather a different business model. The subscribing ANSP is exchanging capital expenditure on equipment for operational expenditure on subscriptions with the realistic expectation that lifecycle costs are lower. There are no real barriers to this option and solutions are being developed for example ADaaS and COFLIGHT Cloud Services. The options include both the ANSP using the external ADSP as the main service or to support contingency arrangements during outage of the main system. 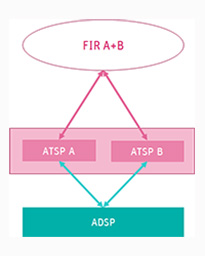 The second option really applies to an ANSP operating more than one ATSU (but could also apply to neighbouring ATSUs operating as a Joint Venture). In this case several ATSUs are served by the same ADSP with the intent that they operate as if they were one centre. This is very much the skyguide Virtual Centre Concept. The benefits are derived from the additional flexibility to manage the combined airspace as a single FIR and include ATCO rostering. There are no barriers to this option within an ANSP (and indeed the ANSP could decide to be their own ADSP). For multiple ANSPs there are wider considerations on joint certification and oversight of the Virtual Centre as well the probably more complex issue of sharing revenues. 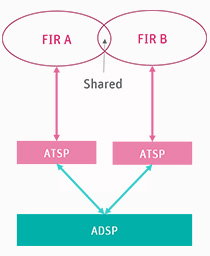 The third option is where ANSPs collaborate in terms of temporary ATS delegations to resolve operational issues. The idea is that an ANSP opens a sector on behalf of another ANSP that has insufficient resources to do so themselves. The rationale might be convective weather moving a traffic flow unexpectedly, a partial system outage in one ANSP or even just a good old fashioned shortage of controllers. The point is the flexibility of the ANSP to ask for help rather than create costly ATFM delay for the airlines. This type of solution already exists and new ways of delivering this type of benefit are being developed – for example the excellent FINEST project in Finland and Estonia which will see significant cross-border cooperation. 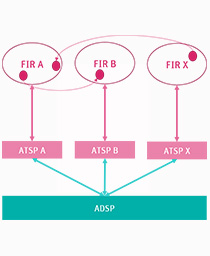 4. Between ANSP’s In a region

The fourth options is when ATS delegation is enabled across multiple ANSPs in a region. The previous examples require controllers to be validated on a subset of sectors across the “virtual centre”. In this option we really want controllers to be validated on the system rather than a sector so that they are able to “control any sector anywhere”. This is ambitious, but potentially very beneficial. In Europe each ANSPs has to build in capacity buffers to deal with peak traffic, under this concept the buffer would only be needed at network level – this could actually reduce the cost of ATS by up to a third (or hopefully allow up to 2 times more traffic without significant ATFM delay).

To realise these benefits, this option may require harmonisation of operational concepts, significant increase in automation and a significant role for the Network Manager determining where capacity is most needed as the traffic situation evolves – but we also wonder if AI-enabled ATFM solutions may support this role in areas of the world without the benefits of EUROCONTROL!

We hope these options give a sense of the breadth of options being considered within the Virtual Centre Concept. The trick is to bridge the gap and create a stepped transition between what we can do now and the more ambitious concepts. The early options don’t need ADSP as such, but existence of a competitive ADSP market would make them easier to achieve – a classic “chicken and egg” conundrum. As a global industry what we need to do is to learn the lessons from the early adopters and think through how the business models need to evolve.

Virtual Centres can be the game changer ATM needs so we are planning a longer series of blogs next month based on results of RoMiAD – our SESAR Engage KTN project – which has explored the benefits of the virtual centre concept and how the transition can be incentivised in the European context. 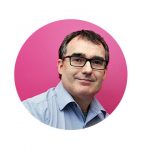 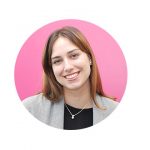