AIRPORT APPROACHES IN A NUTSHELL

Over the past few years Think have been involved in a range of R&D and deployment projects for approach concepts, and during that time I have developed my knowledge in this area. There are many different types and categories of approaches and the distinction between them can seem rather confusing!

My blog aims to lay out in simple terms three main categories of Instrument Approaches, with some examples of each and their pros and cons. It is by no means an exhaustive list, and there is much information that will not be covered. However, I hope that this blog will provide a basic understanding of Precision Approach, Non-Precision Approach and Approach with Vertical Guidance (APV).

A Precision Approach provides the pilot with guidance in both the lateral and vertical planes, as opposed to a non-precision approach where the pilot is provided with lateral guidance only. The standard precision approach flown into many airports around the world uses the Instrument Landing System (ILS).

An ILS works through a ground based system located by the runway emitting two radio beams – the Localiser (pink), located at the far end of the landing runway, provides horizontal guidance in azimuth, and the Glideslope (green), located adjacent to the landing runway, provides vertical guidance for the aircraft to follow a fixed glidepath. Equipment on board the aircraft receives the ILS signals, and the resulting guidance is displayed on the pilot’s flight instruments.

Whether an aircraft can use the ILS to descend to a decision height above the runway, or whether it can complete a full landing and roll out is a function of aircraft equipage, ILS ground equipment, crew training, airfield procedures and the weather conditions. There are two key aspects of the weather conditions that dictate the category of ILS approach needed for an aircraft to successfully land at an airport:

There are 3 categories of ILS approach (1):

As shown in Table 1 for a CAT IIIB approach, in most cases the autopilot can land with no need for a decision height. However, there is a requirement for the RVR to be at least 75m to ensure the flight crew can safely control the aircraft when vacating the runway. For CAT II and CAT III, pilots must have undergone specific training, and aircraft and airfield ILS equipment and airfield installations have to be specifically equipped.

The main drawbacks of an ILS system include:

An ILS approach may not be available or suitable for all approaches and airports. This could be for various reasons inter alia:

Despite the drawbacks, ILS approaches provide a high level of accuracy and the risk of infringing minimum safe altitudes is low compared to non-precision approaches. Problems with ILS have been highlighted for many years, yet it remains the sole means of conducting zero-decision height ‘blind’ landings available. Improvements in antenna technology have reduced sensitivity issues and mean it continues to serve well past the many dates given for its planned successors.

Another example of a Precision Approach is a GLS – GBAS (Ground Based Augmentation System) Landing System. This type of approach requires systems on board the aircraft that generate their position using Global Navigation Satellite Systems (GNSS) which enable the aircraft to fly with greater accuracy. When augmented, aviation GNSS receivers can achieve high accuracy with high confidence to measure the aircrafts position. The current deployment of GBAS allows CATI approaches, although research has shown it can be possible to operate in CATII/III conditions therefore could be a possible candidate to replace ILS in the future.

The benefit of using GBAS compared to ILS is that is can provide guidance for variable flight paths and curved approaches which is something the ‘standard’ ILS is unable to do. This capability makes it possible to avoid overflying densely populated areas with the benefit of reduced noise for the population below, and can have additional environmental benefits such as reduced fuel burn and emissions from the potential saving in track miles(3), even more so if combined with PBN SIDs.

In addition, GBAS ground based equipment does not require protected areas on the runway or taxiways the same way an ILS does.  Also, one ground station can be deployed at an airport to provide GBAS approaches to all runways, rather than needing one separate piece of equipment for each runway.

Even though GLS approaches have some clear advantages over the ILS, GBAS CATI installations are currently available at only 100 airports worldwide, and the majority of installations are at airports that already have appropriate CATI facilities. It is likely that the investment has been made as a stepping stone to embracing the technology and to be ready for when the CATII/III technology is available. In addition to the airport investing in the infrastructure, Airlines must also invest to make use of the GBAS system by fitting aircraft with the appropriate avionics equipment.

The GBAS CAT II/III technology has been matured in SESAR Industrial Research and it is today considered ready for deployment by some (3), however as mentioned earlier with the improvements that have been made to antenna technology and the continued use of the ILS, it remains to be seen if the GLS will overtake the ILS in the future.

A non-precision approach is one in which there is lateral guidance, but no vertical guidance provided. A common example still in use is a VOR (VHF Omni-Direction Range) approach. A VOR approach is a non-precision approach as there is no vertical guidance from a VOR and the pilot has to manage the descent profile manually. The final approach is based on flying a radial either to or from the VOR, and a published VOR approach will contain minimum altitudes at points along the radial. If Distance Measuring Equipment (DME) is available alongside the VOR then this can be used to cross-check altitude with distance to touchdown. Minima are much higher compared to ILS approaches therefore it may well be unsuitable due to the weather conditions on the day.

On a positive note, a VOR approach can be useful where it is not possible to fly an approach along the extended runway centreline (e.g. if mountainous terrain is in the way, for example Innsbruck) and the pilot can fly towards the runway using the VOR radial and then complete the approach visually once the runway is in sight.

Many VORs are slowly becoming decommissioned across the world, as satellite-based methods are becoming more utilised and there is a preference to implement approaches with vertical guidance for safety reasons.

Before I go on to talk about an example of an APV approach there are first some terms that need to be introduced:

An LPV Approach – Localiser Performance with Vertical Guidance falls under the category of an RNP APCH (APV) and similar to GBAS, uses on-board navigation systems to communicate with satellites, however this time uses a Satellite Based Augmentation System (SBAS) to augment the satellite signal.  The accuracy of an LPV approach is similar to that of a CAT I ILS in both lateral and vertical guidance, and to enable use of LPV minima, the aircraft must be fitted with both an LPV capable Flight Management System (FMS) and a compatible SBAS receiver (sometimes sold as a combined product for General Aviation).

There are various benefits of an LPV approach, such as not having to rely on ground-based navigation systems such as the VOR/DME.  In addition, it is a relatively low-cost option in terms of implementation compared to an ILS.

However, there are some drawbacks also. The approach relies on a continuous signal emitted from the SBAS system.  If the SBAS signal is lost, then the augmentation for the LPV is lost, and the pilot must revert to a different approach. There are currently a limited number of airports that have this type of approach available, and most that do, also have an ILS, so would likely only be used in the event that the ILS was unavailable. This does then have the advantage of adding a layer of resilience in these scenarios. For example, in 2016 Paris CDG airport introduced LPV approaches on four runways and the majority of small/medium French airports either already have LVP implemented or is planned to be implemented to reduce CAT I landing infrastructure costs(7). In addition, in early 2011 Alderney became the first airfield in the British Isles to implement LPV approaches using the European Geostationary Navigation Overlay Service (EGNOS) (6).

As you can tell by now there is a whole wealth of considerations when developing and deploying approach concepts and systems into operations.  There is never a one size fits all solution and the specifics of an operation and fleet must be factored into investment decisions.

Think Research have considerable experience in working in the development and deployment of approach concepts. If any of the subjects discussed in this blog today have caught your attention, and you would like to know more, please get in touch at info@think.aero. 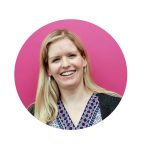 Save & Accept
Powered by